My little brat recently developed this habit of vomiting when he rides in our current local, ciplak MPV. It is probably due to the height and nothing to do with my driving, ok? Since we don’t have a choice, I have provided a puke bucket and apply Yu Yee oil on his belly. I assured him that Yu Yee oil is the magic oil which will make him farts instead of puke. Sometimes, I am lucky. Sometimes, I am not.

It is frustrating but he probably got the pukey gene from the father because my hubby too can get dizzy if he rides in a car driven by someone else. The other day, that man asked the taxi driver if he can drive his taxi up Mount Kinabalu instead of riding as a passenger. I tell you, *smacks forehead* the taxi driver did not know to die laughing or to run away from nightmarish passengers like him. I also do not know where to hide my face! Ammah, itu maciam pun boleh? Aiyoyo. (in the end, he took motion sickness pill)

Anyway, it is no laughing matter because unless we have a better built and cosier SUV or MPV, I am going to deal with this a lot. My kid doesn’t have the pukey feeling if he rides in our regular car. But with a family of six like us, we have to go out in the 7-seater. 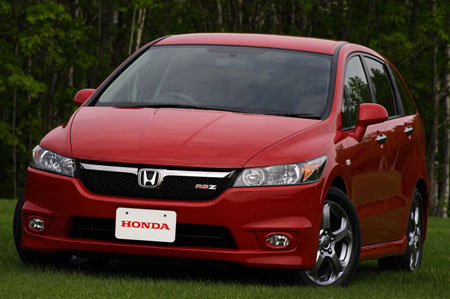 (photo sourced from PaulTan)
So, the option is to find something much sleeker and have that luxurious feel of a car instead of a big, gray tank like what we have now. Honda has always been our family favourite as we had a Civic and an Accord before . So, the Honda Stream 7-seater MPV (Multi-Purpose Vehicle) with its sleek look, yet spacious is like a car built for my family. Plenty of space for everyone.

My friend told me that Honda will be coming out with a new version of Honda Stream in November 2007. Did you hear that? This month! We had been eyeing the Stream for a while but at that time, we didn’t have the budget and had to settle for the local gray tank I am driving now. I doubt we can afford the new Stream but from what I know, the current Stream is only about RM153K. The new one will be priced very close to the current model, I think. So, it is really not that expensive considering that this is another Honda’s excellent product.

One can never go wrong getting a Honda. I have a 10 years old Accord which is still in very, very good condition now but we had sold it to my hubby’s nephew. We had the Accord serviced only by Honda service center and that’s probably why it lasts and lasts. That’s the thing about Honda. If you stick to their original parts and authorised workshop, the car won’t fail you ever. That’s why it is always wise to stick with Honda instead of trying to cut costs and ended up with more problems.

With a family of six like us, it is the wisest choice to get a vehicle that seats every single family members. Parents, if you have a host of grandma, grandpa, maid and baby in tow, never compromise their safety. Make sure that your babies and children have a seat of their own, safely tucked into a car seat. 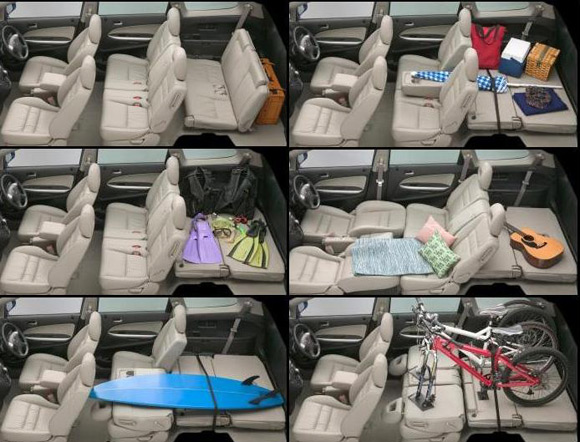 I have seen many young families who have their parents and maid sitting at the back and the mom carrying the baby at the front passenger seat. This is very dangerous! What’s worst, mothers who drive their children to kindie and school and the kid stands on the seat of the passenger chair!

So, without sounding like a broken record from the Jabatan Pengangkutan Jalanraya (JPJ), belt up your kid, get a car that fits all yeemah, koo-cheh, datuk-nenek, kakak and all. My friend, who is an insurance adjuster can tell you and even show you pictures of how children looks like when they were flung out of a car because the parents were careless.

Ok, ok, enough of gory stuffs. Now back to my pukey kid. I really do not know what to do with him. As the MPV is the only car available, I need to take him out with me to fetch the older brother from school . He will turn green after a few turns. Then, he will hold the bucket and I will be driving and giving him lessons on how not to puke into my car. Imagine how stressful . But the funny thing is, he didn’t get that sick when we rode on a better MPV when we were in Kota Kinabalu. So, I really think we should sell our current MPV and get the new Honda Stream.

How? What do you think? I think a pink Honda Stream, specially painted for The 5xmom will be super, hor? Can contribute to my Honda Stream’s fund? Just ask for my PayPal. Please lah, cincai lor…..just to help a small kid to solve his pukey habit.

16 thoughts on “I want the new Honda Stream!”