Something just occured to me. Isn’t the Sultan of Terengganu also our DYMM Seri Paduka Baginda Yang DiPertuan Agong? So, aren’t the King’s words and decisions to be taken as final? Someone enlighten me?

Therefore, if I am right, isn’t the whole of UMNO being considered defying the King’s command? I just heard that the MB which the Sultan of Terengganu appointed had been sacked from UMNO because he is not the candidate chosen by UMNO.

Kijal assemblyperson Ahmad Said receives his appointment letter from the palace but the appointment is put under quandary following his sacking from Umno.

And then, the 21 state assemblymen boycotted the swearing in ceremony which has now been postponed.

I see this as a grave show of disrespect to our King.

And what happened to those loud mouths from UMNO who threw their abuses when Lim Kit Siang said he planned (only plan) to get DAP to boycott the ceremony? Now, aren’t they doing something that is 10 times worse? They even proudly appeared on the front page of the media with their defiance.

Lim Kit Siang eventually withdrew the boycott plan and he apologised to the Regent of Perak. Lim Kit Siang explained the reasons why he did it. In my understanding, Lim Kit Siang was caught in a situation where he wanted to show loyalty to the Sultan and yet, he has the huge masses of Chinese voters who have a phobia of PAS ruling. You cannot blame these Chinese labourers, hawkers, laymen because all of us had been fed the wrong kind of news by the mainstream media for so long. The unknown fears have been embedded in our sub-conscious minds. So, the leader has to take the brave step of making his point heard at the expense of his own head. Good thing everything is solved now.

But this boycott and sacking of the MB appointed by the Sultan is 10 times worse. It is carried out intentionally by so many people. Even after the MB has been appointed, the UMNO leader, i.e. Pak Lah dare to sack the candidate. Didn’t Pak Lah already get the subliminal messages the ruler of each state, ie the Sultans are sending to him? This is what I failed to get it. The message is so clear.

Do all these make sense to you? It doesn’t make sense to me. I am confused. You can read what Aisehman said on this issue which explains what puzzled me, quote taken from Aisehman:

He’s (the Sultan) sick and tired that people like KJ and Patrick Lim (aka Patrick Badawi, who is now in deep shit as his Penang projects look like they will be shelved) are running riot all over the place while Idris Jusoh the running dog does and can do nothing much but merely rub himself against their ankles.

So, let me watch this Why MCA video from Comedy Court.

“Now we all bang balls! Opposition has won.” Damn, I love Comedy Court so much the next time I go to KL, someone better bring me watch their shows live, hor? 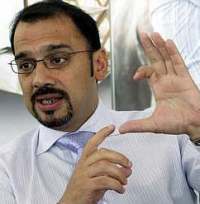