I only send my kid to kindie at 6 years old, one year before he is due to go to Standard One. A lot of moms would send their kids by age 4-5 years old. When I was working, I sent my eldest and second one to kindie at 3 yrs and 5 yrs old.

The young one actually went so that his brother has company LOL. We were worried the eldest dare not go alone, so we decided to put both brothers together. At that time, the kindie Tadika Sri Kancil was just opening so they were the pioneer batch. 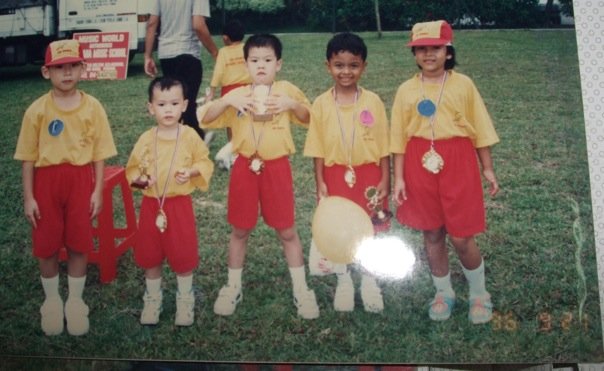 Somehow, both of them ended up there for many more years because my mother died suddenly and I had to place them for full daycare. Two weeks ago, when my son was at the KDU cook-out for 3,000 people at the Youth Park, the principal/owner, Mrs. Dhillon was there.

It was so nice to meet up with her again after so long. My eldest stayed from Standard One through Standard Three, taking the bas sekolah from St. Xavier Air Itam to Bayan Baru. So, Mrs. Dhillon was like the foster mom to him.

She hasn’t age much but my son is already soooooo different and big now. Sigh…I captured the moment when they met.

Fast forward, my youngest son is the luckiest. Since I am not working, he doesn’t even need to go to kindie. I only reluctantly send him one year before he enters Standard One just for him to socialise. Even that, we looked for the cheapest kindie in Penang for him. No such thing as Montessori or what smartkid type. Just simple, church-run kindie.

And praise the Lord, he had not only adapt well eventhough he only enters at age six, he excelled in everything. The kindie has exams and even mark their positions. I do not agree to have young kids being given exams and being labeled as smartest or last in class because kids develop differently.

But hey, what do you know? He is in second in class. Minus tuition (yeah, some of his classmates have tuition!), and he doesn’t even need to study. He is natural born kiasu, competitive kid. And his command of language is good because he follows whatever his 13 years old brother does. Movie, music, books and games. 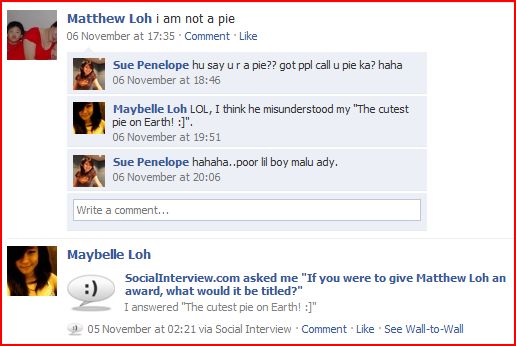 He can even update his Facebook status. It was soooo funny. One of my older sons’ friend, Belle left a comment on his photo that he is such a cutie pie. He updated on Facebook, “I am not a pie”.

Somemore hor, I don’t know how to pronounce the word ‘penis’ because it is not something that I use to say out loud. So, one day, while we were chatting, I mentioned it to him. I forgot what we were talking about, probably about him peeing in school and not getting zipped. So, I said pee-nis. He told me, “No, it is pea-nus like peanuts like dat sound.”

Moral of the story : Not two kids are the same. Just leave them to the Lord, they will turn out fine.