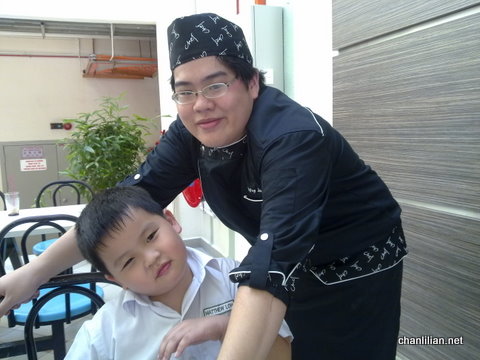 Sometimes, you need to take stock, stand back and take a good look at your parenting journey to realise what a wonderful parent you have been.

In the beginning, when we are new parents, it was like one hellish roller-coaster ride that never ends. Dirty diapers, colic pain, engorged breasts, sleepless nights due to night feedings, hospitalisations and lots of other unpleasant things.

Then, there is the mad rush for school every morning while you have a boss breathing down your neck, making sure you are punctual or they deduct your salary (yeah, my stupid company with an over eager HR manager once tried to implement that but I asked them to go fly kite instead and left the job finally).

Every morning, I meet this man who drives a dented Kancil. In his car, he has two baby carseats at the back. He has three young daughters. The poor man is so harrassed every day.

I remember when school was just opened, he would be putting the youngest girl on a sling at his back, the poor little girl still dozing. Then, he has to drag an equally sleepy girl of about 4 years old. On top of that, he has to shout for the eldest girl who is probably in Std One or Two to get moving. Can you imagine him with two little girls whom he need to hold on to their hands, the daughter’s school bag and a baby in the sling?

Sometimes I wish I can offer him my extra hand to tow one girl. But then, it will probably dent his male ego. So, I usually observe with full admiration for him.

All of us parents do that. We will somehow pull through no matter how harried and harassed we are with our kids. It is a God-given skills, I suppose. No parents are incapable of bringing up their children.

Of course, except for those whiney ones who complained and complained even with just one kid, a maid and parents-in-laws. They failed. Big time.

Today, I had lunch at KDU. So, I took this photo. It is a nice testament that no matter how messy a parent I was and still is, they still turned out pretty good.

I sat down with the college staff to discuss about my eldest son’s placement. More or less, we decided to send him to Singapore for the industrial training. Several chefs I talked to recommended Singapore over other countries because they said their F&B industries demanded the highest quality. The standard is higher than most countries. Plus I get more excuses to travel to Singapore for shopping.

At the same time, hubby and I also ran through the college fees for the second son. He will either join in May or August, same course. His choice.

Now, my next mission is to find a workable solution where to put my youngest boy when I go to work. Yes. Work.