This is the article from The Star on Mother’s Day dated 8 May, 2011. Am copying it over here so that I don’t lose the link.

SHE calls herself “the obnoxious 5Xmom” on her popular blog (www.chanlilian.net) but in person, Chan Lilian is jovial and has a wicked sense of humour.

“Once there was a contest for the most obnoxious blogger award and I came in second after Perez Hilton. So now I call myself the obnoxious mum because it’s my blogger trademark. It’s nice though when people meet me and realise I’m not obnoxious after all,” she laughs.

Her youngest is eight and her eldest, 21. Born premature, Vincent, her fourth child, passed away in 2001. He would have turned 10 on Labour Day.

A former executive secretary, Lilian has tried being a stay-at-home mum and blogging to earn extra money and living life in the fast lane as a full-fledged working mother who still finds time to blog.

Lilian says mothers are always feeling guilty about whether they’ve given enough for their kids.

“I used to splurge on expensive gifts, surprises and holidays when I was working to make up for the time I’m away. But really, nothing can compensate for the time spent with them,” she says.

“To the kids, there is no such thing as quality time’. They need their mother all the time. A sad child can’t possibly wait for the quality time’ to be comforted, so mums shouldn’t kid themselves that it is okay to spend a little time with them so long as it is quality time.”

“My older children who were cared for by my mum and sister are fantastic adults now,” she says, adding that the danger is when some women who sacrificed their dreams, careers and hopes to be full-time mothers become too protective and try to live the life they missed out on through their children.

“I have seen women who are so kiasu, wanting their kids to be over-achievers and the kids end up miserable from all that pressure.”

Lilian believes that finances can be worked out if a woman opts to be a full-time mum. 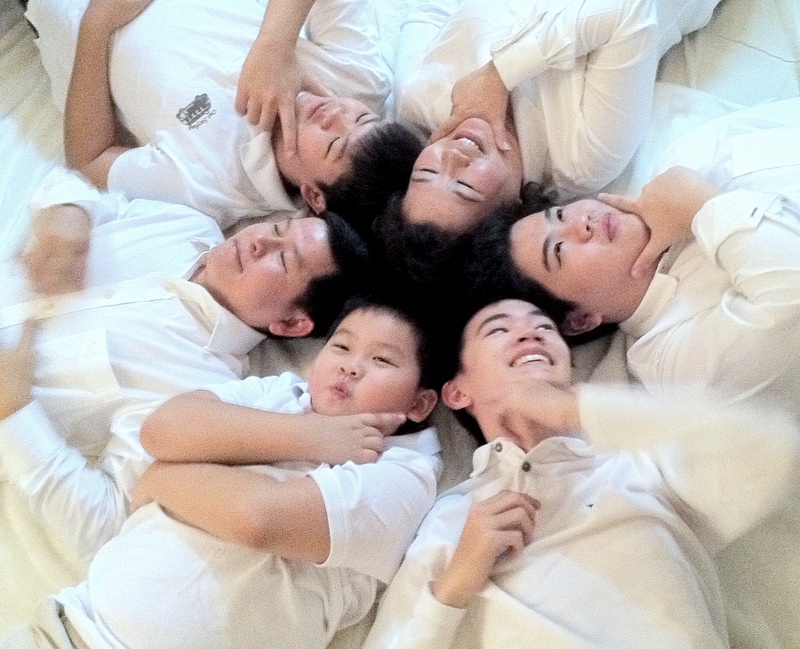 “When I left my job, I had to learn to cut expenses. You need to be disciplined and frugal. However, if you really cannot afford to live on one income, don’t, because in the end, it will make everyone miserable.”

Lilian, however, doesn’t rely on researchers, academics or experts for parenting advice.

“It’s all rubbish. If you have a loving care-giver, the kids are in good hands.”

Her early years as an executive secretary stressed Lilian out so much she had to resign.

“My eldest was asthmatic when he was little and a regular at the hospital. Working full time, I was constantly thinking about him while at work.

“Between my husband and me, we used to rush to three different locations to drop off the kids. I was so stressed I quit my job.

“As a new housewife, I became one of those kiasu mums who set timetables for the kids, played house to perfection and ran the household like clockwork.

“But after Vincent’s long hospital stay and eventual passing, my priorities changed. What’s important now is to make sure the kids are happy no more fixed rules, no more schedules.

“Now that I have returned to work again after being a full-time mum for 12 years, my schedule is basically dropping my youngest boy in school, fetching him during my lunch hour and seeing to it that he is settled at home with my older sons before heading back to the office.”

Lilian says her eight-year-old misses the impromptu movies, long lunches and fun in the park now that she’s back at work but “understands mummy has her life”.

“Those are his words, not mine. He knows that I enjoy what I do. I sometimes explain and show him the videos I produce so that he knows I didn’t spend the whole day just sitting in an air-conditioned office and that I actually very work hard when I’m not with him.”

Lilian found it difficult to choose between work and being a stay-at-home mum, though.

“I struggled between wanting to be a career woman and a full-time mum when I was pregnant with my eldest son. I was lucky as I had my mother and sister who were able to help me care for my two older boys.”

So she worked full time until her mother passed away suddenly when she was pregnant with her third son.

Lilian says women must ponder thoroughly before quitting the rat race to have a baby.

“You are going to lose your identity and the little luxuries you are used to. It’s no fun when you don’t have financial independence.”