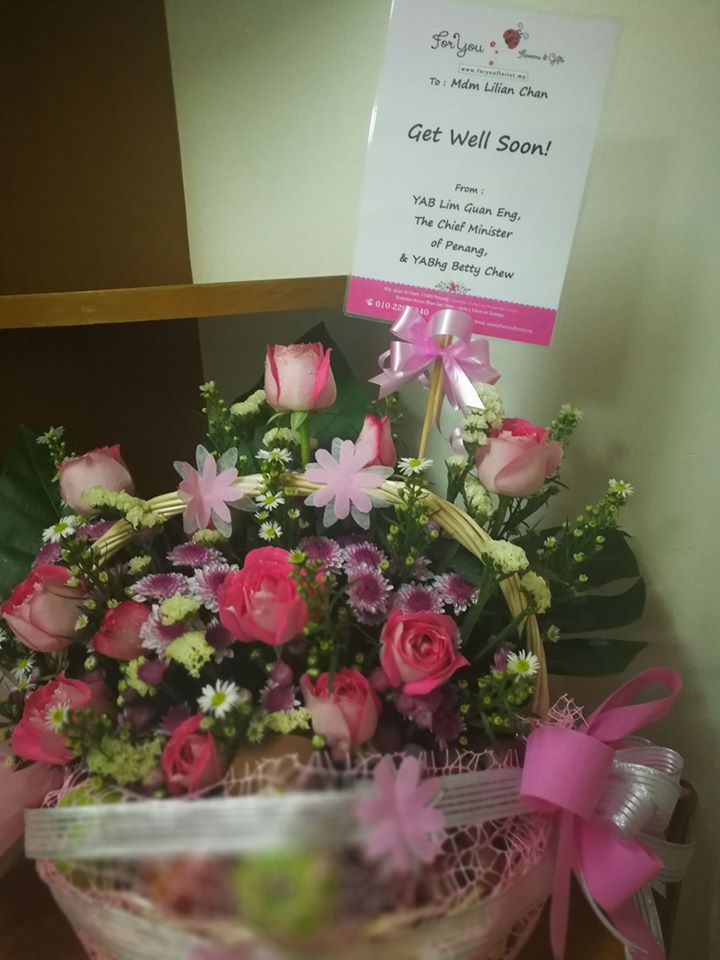 Monday, I merrily drove myself to Lam Wah Ee as I thought I just need a batch of oral antibiotics to get my thick yellowish phelgm cleared. As a hospital stay expert, with Vincent’s 7 months in ICU here and the son with asthma, I already know what to expect.

So, I dressed for office, message the office admin I will go in after lunch. But oh oh, the MO found that my white blood cells were low (I think). So I got admitted.

At first I felt kinda silly to be hospitalised for a mere sore throat. Actually it is not as simple but I probably has high tolerance. The jaw hurts, the tongue hurts, the ears hurt, the eye even had discharge. The body ache, feverish, chills but all rather mild and I was still ok.

But God has a way to tell me Dont Play Play. The girl next door had been admitted to ICU for five days just because of a cold (pneumonia I suppose) and she had tracheostomy. According to her grandma, the doctors told them that they didnt know if she could make it. Tracheostomy is when the doctor poke a hole in your throat, and stuff the pipe to help you breathe. In normal circumstances, they will intubate you, as in open up your mouth with some spatula and shove the pipe down.

I know all about ventilator, intubation and stuff from Vincent’s long ICU stay. So I know how serious one can get from just an infection. So I felt much better and less silly to be warded for just simple infection. It was like wow, Lilian, you do not want that to happen to you, right?? 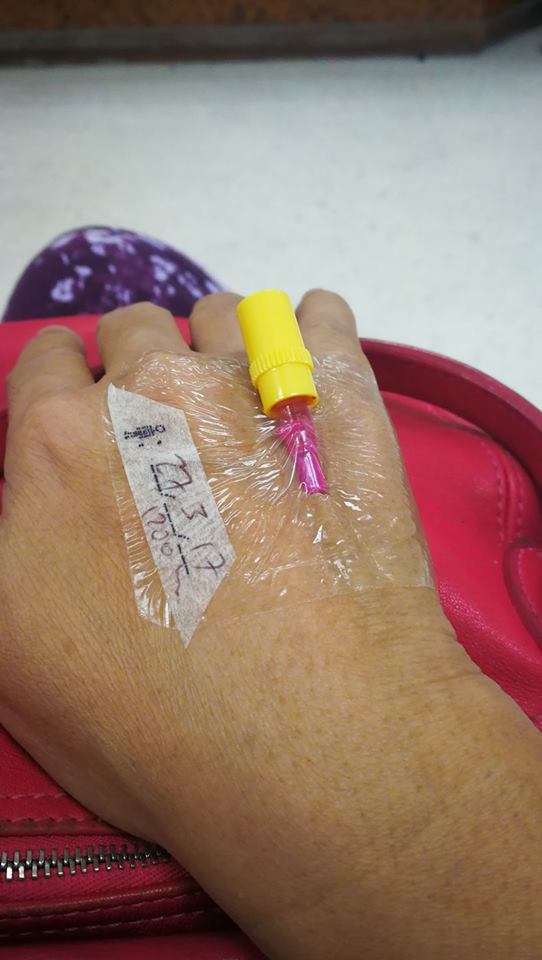 So, that girl left and one old lady came in middle of the night. I heard she lost consciousness during her sleep. So she was warded next to me. But midway, she had seizure and the nurses rushed into my room to give her suction and oxygen. Again, Vincent’s mom know all about seizure, SPO2, pulse, BP etc.

Kinda of deja vu for me. But here, something connected to me. What happened to the old lady was so sudden. Now I understand how my mom had died. 20 years ago, she was warded for a bad cold. After we ensured she was all comfortable, we went home to sleep. I was 7 months pregnant with David, my third son.

Next morning, we woke up to the news that mother had died. Dying was never in my mind at all. She was taking care of my two older sons. The night before she even told me what to do with Michael who was about 4 years old. Michael was extra clingy for some reasons and insisted my mother who had a cold to go to the school van to carry him down. I suppose he as a child had the premonition.

I was 7 months pregnant and probably, by instinct I held back some emotions as I do not want to get into distress. Plus at that time, I had to deal with mother’s two favourite grandsons, age 6 and 4. So, I was the strong one in the family.

I remembered I went to Loh Guan Lye or is it Adventist, heck I cannot remember now to see the doctor why mom can die just like that. At first, my husband and I went to the morgue because I wanted to see her myself. Strangely, no matter how we asked for directions, we never got there because we couldn’t find the morgue.

I guess its the divine way of shielding me the pregnant woman from going into morgues. Anyway, later on, I had been to morgues many times, even for strangers. Guess God has a way to use me.

So, we went to see the doctor because I demanded a closure. The doctor explained that the virus went virulent and mother had a sudden collapse. She never had any medical problems. The doctor said her whole body just gave up. He said if not, part of her will be paralysed as she stopped breathing for a long time and her brains stop functioning.

Today when I see how sudden the old lady turned for the worse comforted me that yeah,things happened. Nothing we can do about it. The old lady is now lovingly cared by the children in a special unit. May she recovers soon.

As for my mother, I remembered telling my distraught siblings and nephews and nieces that probably that was how my mother had wanted it. To be quick and not to burden us.

This hospital stay also humbled me. I used to have first class private room stay. Since none of us use, hubby told me he will pay less premium for medical insurance and reduce to twin bedded. When he asked me, I said ok lah, not that we will want to be hospitalised. Yesterday, I had forgotten and thought I would be having a single room. But I guess being here with another person had revealed to me some things that I had kept in my memories.

Old people health can just deteriorate really fast. Simple cold or infection can lead to death or near death like the woman who is probably in her 30s. So treasure life, live it, love fully and never regret.