So I managed to squeeze in a duathlon so I can brag about it before my 53rd birthday. Thanks to my old blog reader Kaynui whom I had kept in touch and friend friend till now, I got his MAN SENIOR (mind you, he is only 40 something and not even VETERAN) bib. 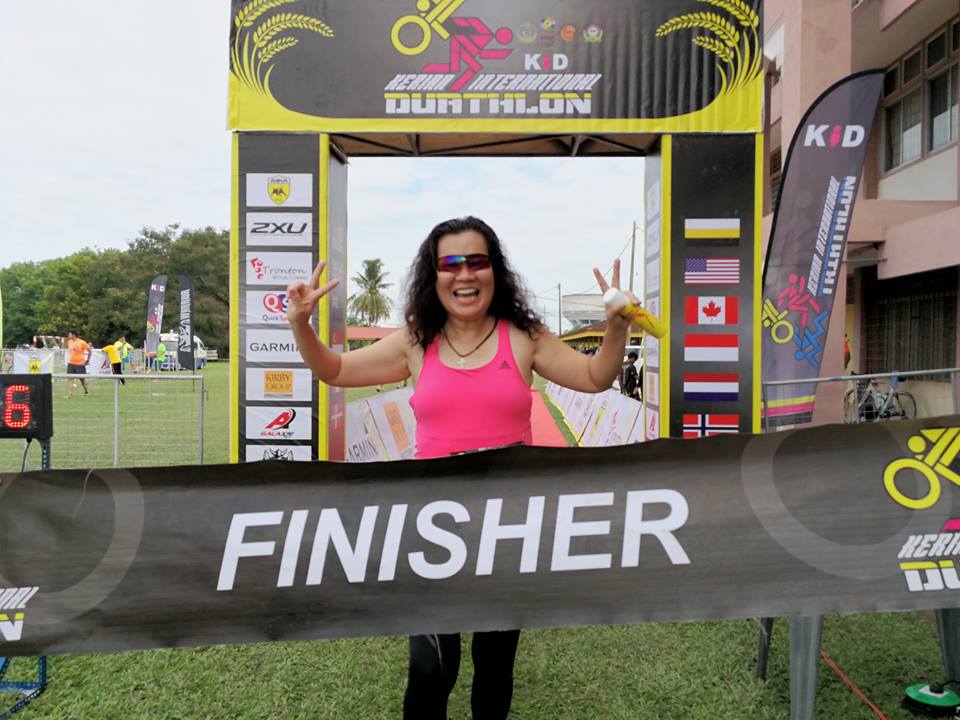 If that is not bragging point enough, for the first time in my life, I drove out of Penang borders to Perak. At 5 am in the morning and the roads were like dark till cannot see anything. Bagan Serai is so ulu, even their overheard bridge is like a little nose job done badly. I remember seeing tiny lights left and right and wondered what they are until I was near and saw an overheard bridge. A tiny small small one.

Somewhere along, some stupid accident happened and the PLUS towtruck was facing contra traffic on my left. So I was like shit, have I driven into some one way cos I could see the bright headlights from far and yet, I was sure I am in the right side of the road. 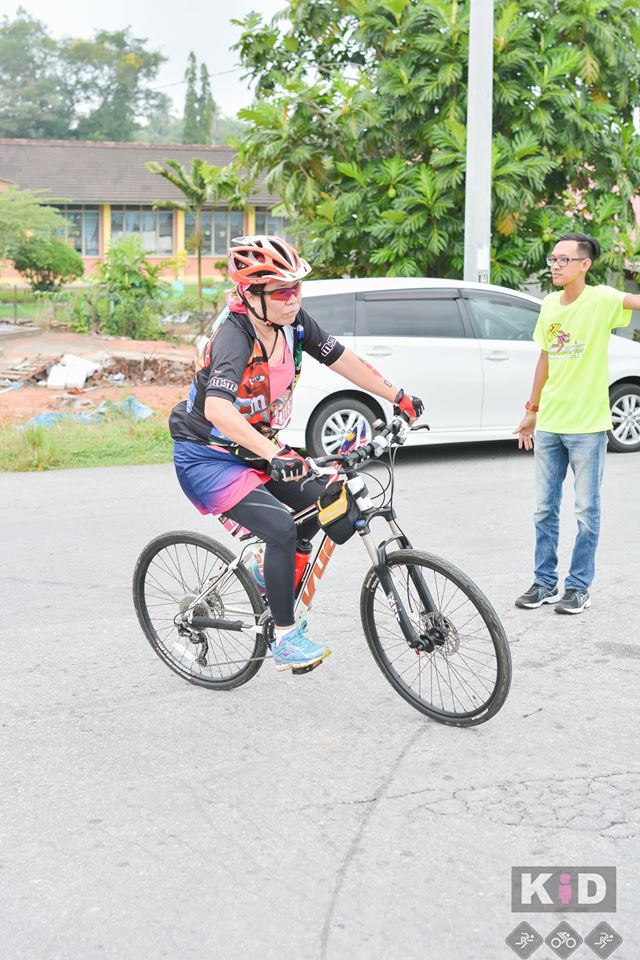 Fear? I don’t allow fear to stop me. The night before, I had meticulously packed my bags as duathlon needs transition bag and regular stuffs I plan to keep in my car. However when I was into the Jelutong Expressway at 5 plus am in the morning, I realised SHIT! the brdige smart tag was way at the back of my Naza Ria and not in my driving bag.

Alone, dark, 530 am, images of woman being hit by an 18 wheeler because she stopped at the highway flashed through my mind. You know….later all the FB kepochees go post ugly photos of mine? Head here, leg there etc. However, no choice as I cannot go through toll gates without it. So I stopped. All the while making sure no 18 wheeler belakang hentam.

Anyway, I think the drive was scarier than my 5KM run, 30KM ride and 5KM cramp like hell walk. I am amazed that never once I thought of self-doubting. From the moment I told Kaynui that I want his bib till the part when I cramped till both legs cannot bend. It was Finish it, Lilian, suck it up, you got no one here to pity you, just blardy walk and finish it. 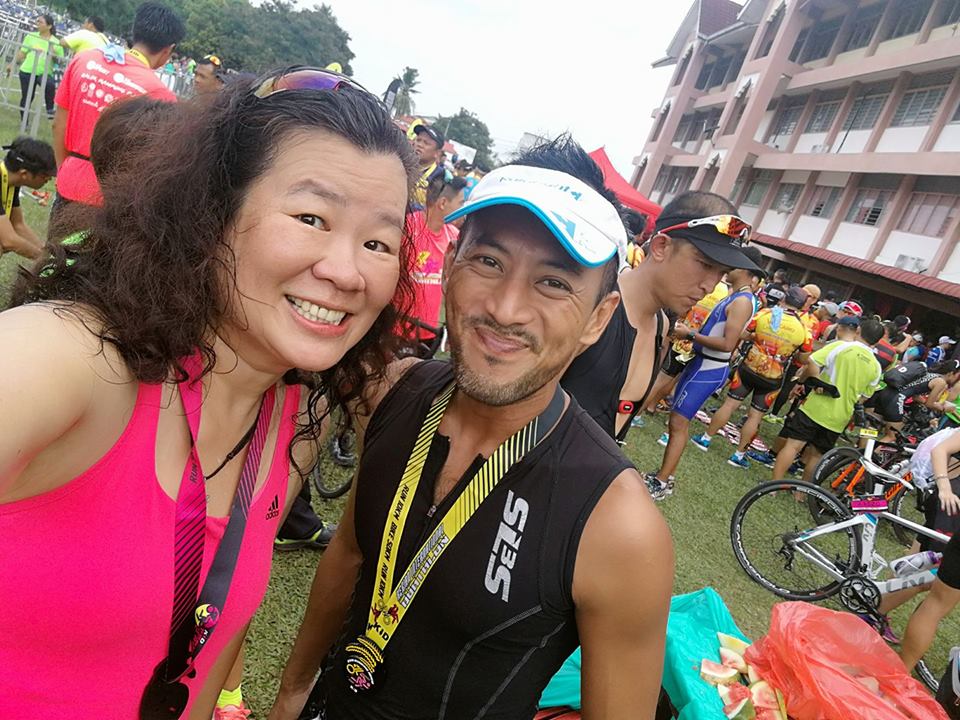 Thank God I did not cramp during the ride though some parts I felt my lower abdomen pain. It was the first time I realised even the cibai can cramp from cycling LOL. Really. When you are all alone, in Bukit Merah and some forsaken kampung, you just got to go go go and finish it. I had cramps at my calves, hamstrings and quads but never lower abdomen. Cycling if you get cramp is serious as you can neither get down from your bike nor put yr legs down to stand. So I have to estimate self when want to totally OKU. Slowly, I loosen the gear and kayuh till I finished the 30KM. All the while laughing at what I would need to do should I really cramped at the groin area. Spray heat spray and hope to die LOL.

I love doing it alone. Whether it is cycling or running or swimming because that solitude with my ownself thinking about life is very therapeutic. The Bagan Serai, or rather Kerian International Duathlon has the most beautiful route and I totally love it. The first 5KM run put me on top of the world. Running alongside guys in their trisuit is empowering. Nevermind the fact that they are doing 10KM and faster than my 5KM. Just being able to run is awesome. The guts of taking a Men Senior bib and be a man. I didn’t do too bad in the first leg and was ahead of many men. Eventually, my result was of course rather bad if I go by the bib due to the cramps at the last 5KM leg but I was about 4th placing if I use my timing to compare with women category of my age group.

So, I can tick off one duathlon in the bucket list. I had done triathlon and going to do aquthlon in Novemmber. I had also done several cycling events so yeah, feeling good that I can brag these at age 53. I thank God and praise Him for giving me the never say die attitude. I had not once felt helpless during those events. Of course, when I cannot, I just UTurn, not like can die also la. But I completed whatever I can and stand proud.