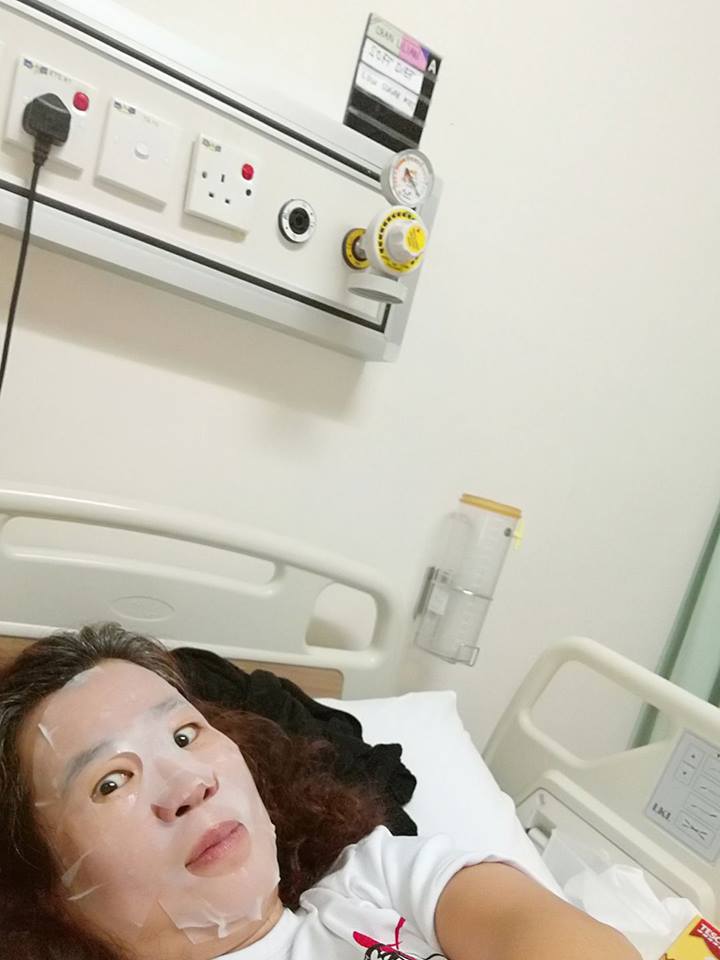 Five days and counting in the hospital. Even my nails have grown too long. Have not seen the sunlight in the open. Twenty four hours times five days in aircond sort of suck the life out of me. No chance of sweating and maximum number of steps I made is under 1,000 per day.

Of course, I am not complaining but jotting down these. In fact, I am thankful that I took the decision to visit Lam Wah Ee and not the government clinic as I intended to do on Monday morning.

The doctor said I have staph bacteria. They took samples of my urine, sputum, nose and throat swabs on Monday. Lovingly keep those in jelly in the lab and feed those bacterias to find out whats inside me. Like what NHS said on their medical website – Staphylococcal infections are a group of infections caused by the bacterium Staphylococcus. You may have heard them referred to as “staph infections”.

I know a lot about Staph because last time, when Vincent was in ICU, that was the most feared infection as baby like him has no immunity and hence, can die because of it.

I am allergic to bactrium and penicillin and hence, that made me hard to be treated. Although I had five days of antibiotics injected into me, I cannot say I am 100% well. So the doctor kept me in here.

I was also referred to an ENT. And even Mr. ENT agreed that I cannot go home yet. So yeah, another day of porridge for morning, day and night. Glad that I got admitted because if I had been rotting at home, I probably would end up with urinary tract infection which is the most uncomfortable feelings. I could probably get pneumonia and that will complicated things further.

So five days of putting me in bed, eating porridge, humbling experience of being the sick, the hungry and the weak.

Just called my boy and told him he should visit me because it makes Lent mission complete. He can tell the world he had done something good like Jesus asked – The weak, the sick, the hungry, the prisoner (prisoners get better foods than me), the naked (cos I had to rely on him to bring me my clothes from home) and the poor (cos I have only few bucks left after I buy my own lunch extras LOL).

So yeah, God has kept me very cheerful. I have a lot of time to read the Bible, a lot of time to be silent and reflect, a lot of time to pray too. I has set out to be on vegetarian fasting but now, I got more than I bargain for. Though I have some chicken and fish (for protein sake), the rest of the foods are out of my touch. Five days of porridge is my Lent sacrifice. By Easter, I can be proud that I have started on a clean slate with five days (and counting) of solitude, porridge eating retreat. Thanks to medical insurance, of course.